The following are the ways by which the problem of Solid waste management are currently been studied and even implemented.

Refers to method of generating energy in the form of electricity and/or heat from waste, usually through combustion. The combusted waste generates steam which could be utilized to drive a steam turbine thus resulting in energy generation. It also avoids the problem of leachate seeping underground thus reducing groundwater contamination. But while the method seems great at first glance it also has its own caveats. First and foremost waste to energy needs huge quantities of waste generated and later to be incinerated resulting in a possibility to divert resources from recycling plants. Also high amount of wet waste generation also results in difficulty in burning the waste.

A fuel produced by shredding and dehydrating combustible MSW. RDF can be used for industrial purposes instead of coal. RDF are pellets created from trash which can act as a viable alternative for burning purposes. Input materials needed for RDF consists of waste that have a high caloric value.

Currently BMC has floated tenders for deonar dumping ground for a setup of a waste to energy plant. But due to lack of segregation deonar dumping grounds which can cause reduced calorific value of the combustible waste (due to mixture of wet organic waste) there are not many parties interested to take up the challenge citing, economic feasibility of the project. 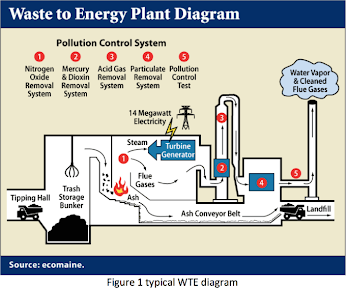 Recycling is perhaps the best sustainable long term solution for the waste management issues. The inorganic waste collected can be considered as a fodder for recycling.

Plastic, metal, Paper, E waste are easily recyclable and can be reused further. However Recycling is mostly undertaken by formal sector.

Generally speaking, Plastic, glass and metal is exchanged with kabadiwalas at household levels. The kabadiwalas act as a intermediate between waste processing centres. The rest of plastic and metal collected come from a array of informal workers called as ragpickers which also include children as well. Mumbai is home to one the biggest slums in the world called Dharavi slums which surprisingly works as an industrial recycling unit as well. Dharavi’s 13th compound an area which is associated with recycling since decades. It currently employs more than 5000 people in the recycling industry. The area acts as a big segregation plant with collection of plastic, plastic drums, iron scrap, cotton scrap, empty bottles, glass etc. 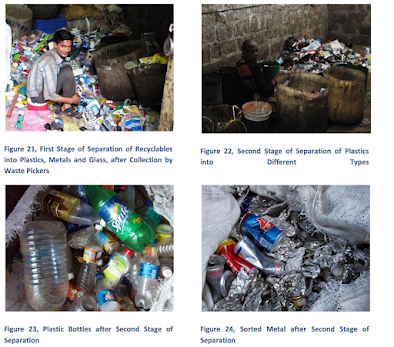